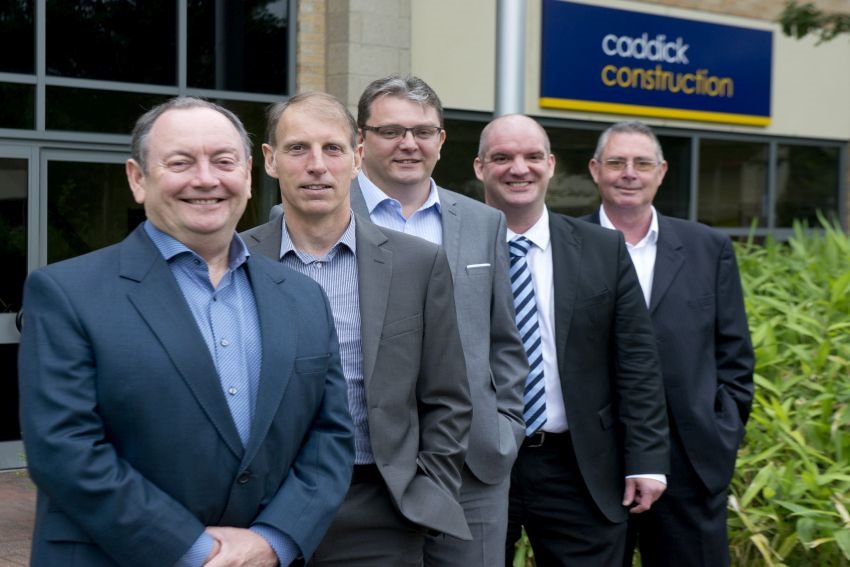 Caddick Construction has confirmed it is relocating its North West Operation from Manchester to a new office in Warrington.

The company has seen substantial growth in the last year, securing in the region of £17million in new business across the North West. It is now seizing the opportunity to facilitate further growth by investing in a new office on Olympic Way, Birchwood.

From its new location in Warrington, the company is ideally positioned to provide its services across the whole of the North West, given its close proximity to Manchester and Liverpool.

Ian Threadgold, Regional Construction Manager and Mark Rich Regional Commercial Manager will head up operations; between them Ian and Mark have in excess of 60 years’ experience in the industry.   Caddick Construction is on site with a number of projects in the North West including the £7million construction of Regatta’s head office and the £3.4million project at Alban Retail Park.

“The company aims to bolster its presence in the North West in a bid to sustain and indeed further grow the new business that is coming our way,” says Andrew Murray, Managing Director. “Due to increasing workloads and the opportunities that are presenting themselves, the time is right to have a centrally located office to house our North West operation.

“Warrington was an obvious choice for a number of reasons; it is supported by good road networks, centrally located between two major cities, with access to a strong talent pool when we need to strengthen our team.”

Caddick Construction head office is located in Knottingley, West Yorkshire. In the past year the company has worked on more than 16 projects including the £11.7 million contract for Kirkstall Bridge Shopping Park to create 120,000sq ft of retail space, substantial brewery refurbishments for Molson Coors and Heineken, and the construction of new state-of-the-art BMW and MINI retail centres in Leeds.