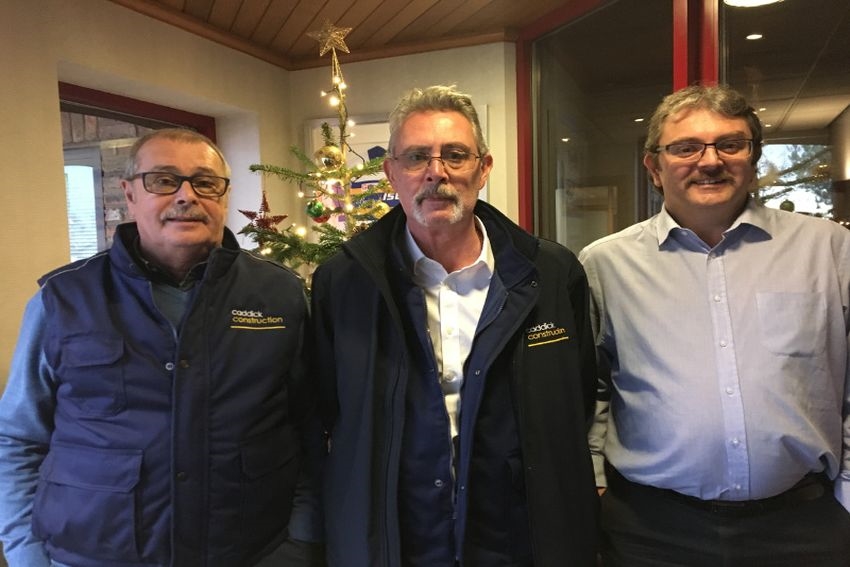 Three employees at Caddick Construction have raised more than £4,000 by taking part in the Movember campaign, citing their former Managing Director’s death from prostate cancer as an inspiration.

Roy Hinchliffe, Design Director, Adrian Dobson, Commercial Director and Mark Rich, Development and Bid Manager have all spent the month of November cultivating impressive moustaches as their way of raising awareness of a disease that has affected each of them in different ways.

Roy had prostate cancer two years ago, while Mark lost his father-in-law to the disease, and has recently seen a friend undergo a potentially lifesaving operation after an early diagnosis. An ex-army friend of Adrian’s was also diagnosed with the disease four years ago.

Ten years ago, Caddick Construction’s Managing Director Jim Harker died of complications following prostate treatment and all three of the fundraisers wanted this fundraising to be a tribute to his memory.

Movember is an annual event involving the growing of moustaches during the month of November to raise awareness of men's health issues, such as prostate cancer, testicular cancer, and men's suicide.