New Emerald Headingley structures in use for the first time 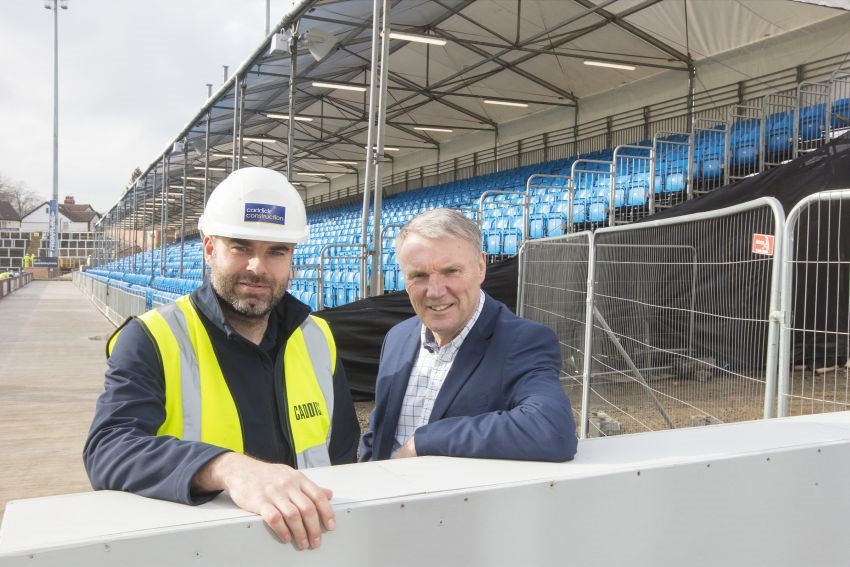 New structures developed as part of the £40m renovation of Emerald Headingley Stadium will be put to use for the first time on Thursday 8 March 2018.

Leeds Rhinos played their first game of the season at the stadium, with the new look South Stand and the temporary North Stand in use for the first time.

The Betfred Super League Champions welcomed Hull FC for the first major event at the stadium since work began last September. Fans were urged to allow more time than usual to arrive.

Emerald Headingley Stadium is in the middle of a £40m redevelopment of both the rugby and cricket facilities.

Steve Pitts, Project Manager at lead contractor, Caddick Construction, said: "Fans at the match on Thursday will notice that the South Stand is well on its way. By the end of the season it will be fully completed and fitted inside and out.

"Meanwhile we began erecting the steel frame on the new, permanent North Stand last week so throughout the season fans will see that take shape week by week."

Leeds Rhinos Chief Executive Gary Hetherington added: "This is the biggest construction exercise at the stadium since it first opened way back in 1890 so there has been painstaking plans put in place to try and think through of every eventuality."