Caddick completes for Quorum in Crewe 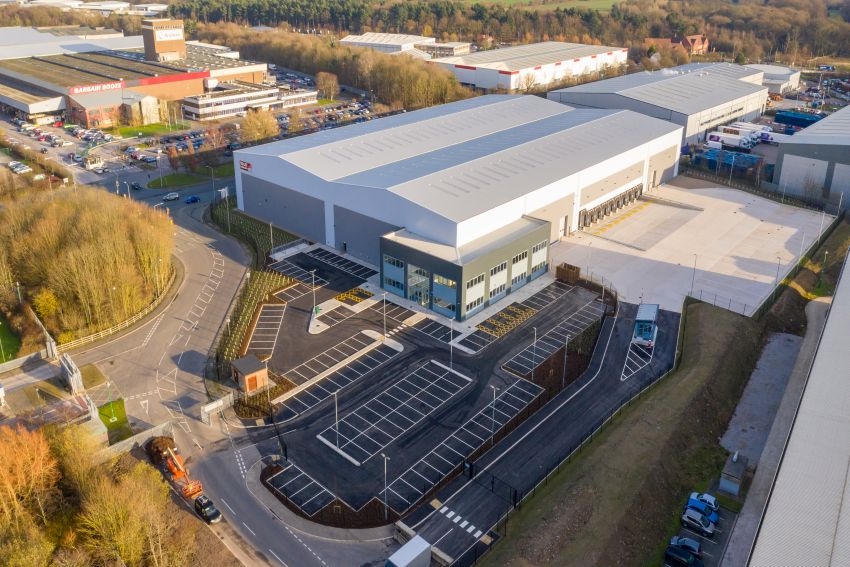 The facility was designed by AEW Architects and Designers with structural engineering consultancy from Francis Bradshaw Partnership LLP.

Named Q110, the facility comes equipped with 10 dock-level loading bays and space for 20 HGV trailers, which is in a prime location to serve latent demand on the M6 corridor.

Q110 occupies half of a twelve-acre site, bought by US-based Cabot Properties and Quorum Estates last year and sits between Junction 16 and 17 on the M6. Another building on the site, a 92,000 square foot industrial development, has been let to Warehouse One.

This comes at an exciting time for the region which is becoming increasingly connected by national infrastructure. The new HS2 railway is set to reach Crewe in 2027, and the town will become a hub when the line later extends to Manchester.

In August 2018, Caddick Construction completed five industrial warehouses at the Tunstall Arrow site in Stoke-on-Trent. The £9 million development comprises 128,000 sq.ft. of space, including a 40,000 sq. ft. unit that has been pre-let to Q-railing, a glass railings manufacturer.

“We are very pleased with the practical completion of Q110 at Crewe as we approach the end of a successful 2019. This is an exciting time for the North West with several large-scale infrastructure projects converging to make the region better integrated with the national economy. Caddick Construction and the group more widely continues to play an important role in that story, with several projects in the region.”