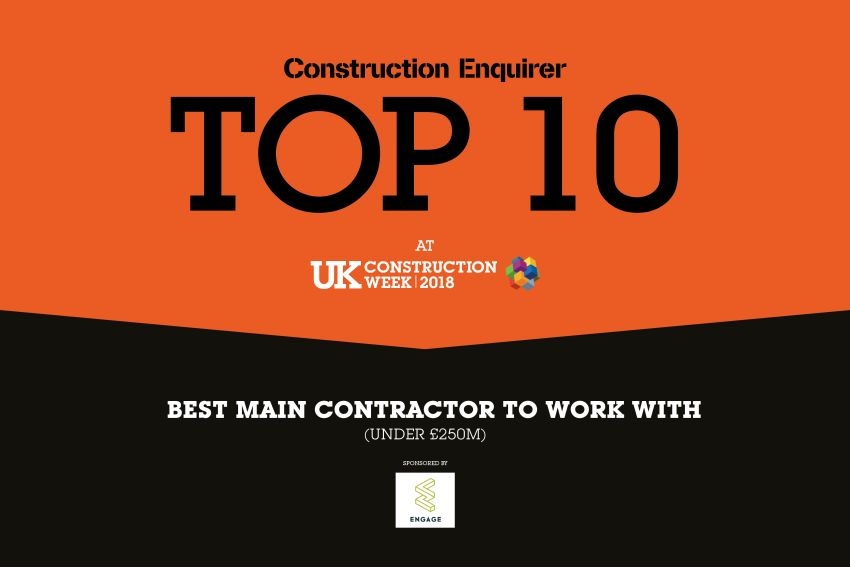 Caddick Construction were named as Top Ten Winner at last night's Construction Enquirer Awards in the Best Contractor to Work With (under £250m turnover) category. The honour rounded off a fantastic summer, with a series of major contract wins, including many from clients Caddick Construction has worked with previously.

Nearly, 20,000 votes - the highest ever - were cast by clients, contractors, consultants and suppliers in the construction industry's only interactive and democratic awards, before the winners were announced at the ceremony yesterday, presented by Channel Four's architecture expert George Clarke and one-liner king Gart Delaney.